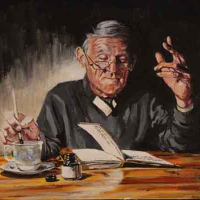 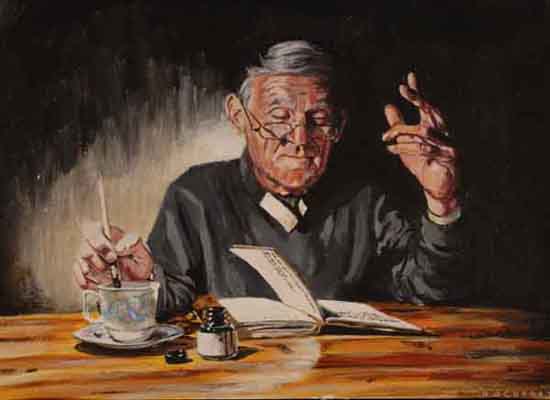 ‘This painting was completed for coursework, when I studied Illustration for a year at Kingston University in Surrey, UK. It was to illustrate a scene from Dylan Thomas’ ‘Under Milk Wood’. My Granddad posed as the vicar who has just thought of such a brilliant line in his poetry that he doesn’t look where he is dipping his pen.’ 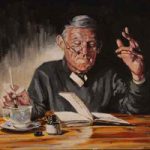 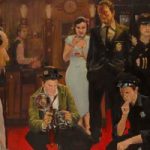 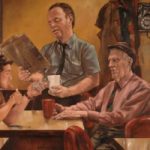 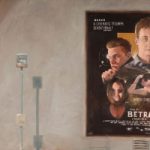 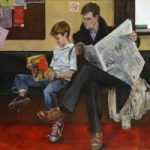 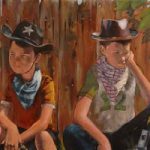 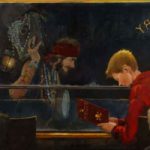 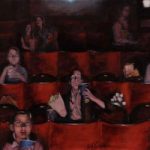 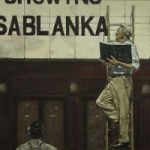 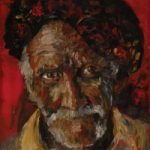 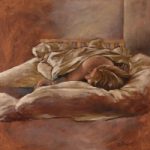 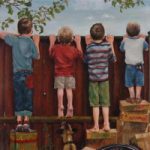 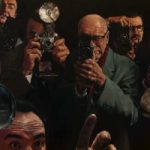 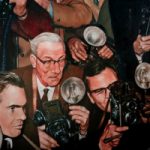 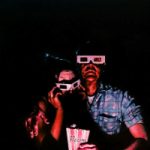 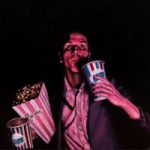 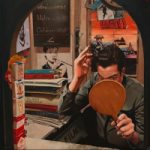 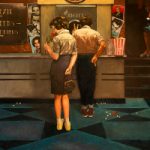 Born in 1985, Will Rochfort grew up in Lymington on the south coast of England and, apart from his time studying Illustration and Fine Art at Kingston University, he has lived there all his life. Since graduating in 2008 his focus has been primarily oil painting. Will’s main reason for becoming an artist is from a passion for creativity.

“There is rarely any strong meaning or message behind my work – narrative takes a large role because I like the work to be emotive through what is being portrayed, but creativity is the driving force behind all of my paintings”

From 2008 to 2010 Will Rochfort worked as an Official Artist for the 2012 London Olympics, working with Olympic Gold Medalists, producing paintings in support of the Games and its associated charities.

As well as completing several portrait commissions, Will Rochfort is always searching for new ideas for paintings and usually finds this in books or cinema. With influences ranging from Degas to Rockwell, to the films of Steven Spielberg, it is narrative that really interests Will and he always aims to have a story within his work.

“I am a very visual painter and with the public being my target audience over the art establishment, I always aim to depict scenes that, through the characters portrayed, I hope people can relate to and enjoy” 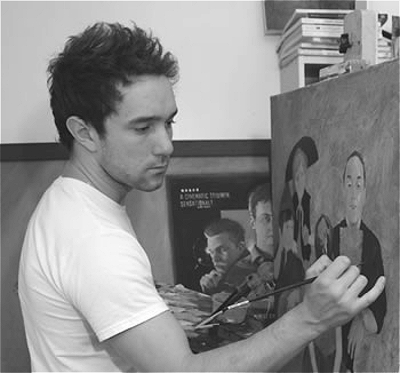 • January 2008 Exhibition at the Fountain Gallery in Hampton

• May 2008 Appeared in Artist and Illustrators magazine

"In February of 2020, I embarked on a journey to paint 100 portraits. The subjects were sent in through my followers on social media and I’m slowly working my way through the eclectic list of names, usually when I’m in between bigger projects. I’m pleased to share the collection on my website."